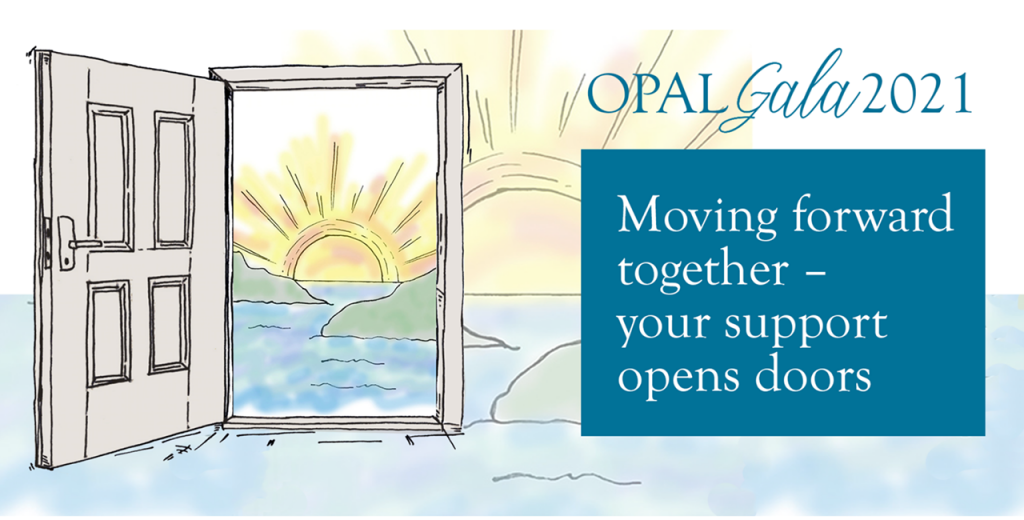 You too can run a successful virtual event for your nonprofit, even if you’re not a tech whiz or a savvy producer.

Keep reading if you or your organization find the barriers to a virtual event too overwhelming.

What are your supporters looking for?

In truth, what your supporters actually want is to give to your organization.

They support your mission and they are ready to help. If you’ve been doing the good work all along, supporters won’t need a lot of convincing because they’ve already decided they want to contribute.

Your job in running a virtual event is to provide the time, the place and the giving platform.

There are simple ways to hold a virtual event, either as a standalone fundraiser or as a new, online component to a traditional in-person event.

For years, OPAL Community Land Trust, a nonprofit providing affordable housing on Orcas Island, WA, held a gala as their primary annual fundraising event. The event was a yearly success until 2020, when the traditional dinner could not be held in person.

So, the OPAL team and I got creative and held a four-day online fundraising event in June 2020, raising every bit as much money as in years past. And the donor base grew because the high-ticket dinner had previously prevented some supporters from attending  –  although eager to give, some donors felt most comfortable when committing to a lower amount.

Was this event live-streamed? No. Was it highly produced? No. Is this something any nonprofit with a website and a giving platform can do? Absolutely.

Here’s what we did.

Gala2021 re-created the sweet tradition as the No Dash Dessert Dash, and anyone who gave $50 or more was entered in a drawing to win a delicious dessert.

You can do this

Even a tech-challenged, low budget operation can master this method of staging a successful online event.

Of course, OPAL’s marketing of the event was well-planned and executed with a flurry of emails to supporters before, during and after the event. Social media posts drew additional donors. Several local businesses sponsored the event, and their combined contributions did not figure into the $120k raised.

The mantra was to keep it simple, and we did.

Do this once and you’ll have a template for any number of future virtual events. Easy peasy.

If you are considering planning a virtual event, I recommend downloading my free checklist: Is Your Event Ready for Prime Time? It’ll put you on the right track and save you from the most overlooked little details which commonly fall through the cracks.

Sircely Marketing & Design is a full service marketing communications agency with a breadth and depth of experience. Turn to Mary Ann Sircely for brand and marketing strategies, branding and logo design, website design and development, print and promotional materials.

Sign up for my newsletter,  where I share my best ideas on effective marketing techniques to boost your profits and grow your business.